How I can help with:

Feeling anxiety from time to time is pretty normal for most people. We are all human.

It is when you start avoiding doing things because of your anxiety, or the symptoms become so severe that you can’t do everything that you want to do, in the way that you want to do it, that it becomes problem. Coping with anxiety is a lifeskill that everyone needs to develop.

These will vary from person to person, and could be a sick feeling in your stomach (and in some cases, needing to dash to the loo!), palpitations, panic attacks, your mind racing, negative thoughts running through your head, shortness of breath, not being able to express yourself clearly either socially or in work, sweating, not sleeping at night.

And most people will have experienced some of these at some stage in their life.

When it is going on too long and is affecting your life in a negative way, then maybe it is time to look for help.

How EFT Tapping Can Help You Cope With Your Anxiety

With EFT Tapping, what we want to do is firstly to reduce the physical symptoms of anxiety as quickly as possible.

When we are using EFT, we tap on all of the major acupuncture meridians in the body. This sends a calming signal to the brain so that the brain now understands that there is no threat and starts to relax a little bit.

With this tapping, the symptoms usually start to reduce a little bit, so you feel a little bit calmer, and more in control. That makes it a little bit easier to work to find out what is the cause of the anxiety and resolving whatever it is that needs to be resolved.

Remember that in most cases, you didn’t pop into the world with anxiety. Something happened, and as a result of that you may have developed anxiety.  You may have never experienced any anxiety and then, BAM!, suddenly out of nowhere, you develop palpitations, tripping over your words, panic attacks etc.

There may have been an incident that has caused to the anxiety, which you have long forgotten about, and for some reason, the anxiety has been triggered now.  Very often, it can be something that happened to you as a child. Looking at it with an adult’s eyes, it doesn’t seem like a big deal. However, a child may have felt different about this though.

Here are some examples of how I have treated different symptoms of anxiety:

Fiona came to me as she had a lot of anxiety. She constantly felt panicked and unable to cope with everyday tasks. She knew that she was well able to do her job, but she stumbled over even simple tasks and she never left her comfort zone as it made her feel vulnerable and unsafe.

Her family relied on her a lot and she was constantly answering phone calls from them, sorting through their problems and she was just exhausted.

With our work together, Fiona realised that she really lacked confidence, mainly as a result of childhood experiences.

We worked through these experiences and at the end of our work, she felt much more confident, was able to let people take responsibility for their own problems and was much more relaxed in her work.

Here is what she had to say:

‘I found our sessions to be very beneficial and always left there feeling so calm & better able to face any obstacles that came my way. I had always ignored my own needs but was there to help others. I have now become much more assertive saying no to others and yes to myself and am feeling so much happier.

I have just purchased my perfect home and life could not be better at the moment. I genuinely feel it would not have been possible without your help. You gave me the courage & self-belief to go for it & for this I am truly grateful. I am so excited about the future for the first time in ages.’

Jane came to me saying that she had social anxiety. She would get such bad panic attacks in public that she would sometimes have to get off the bus, get help from other people or just be completely paralysed.

If she was out with someone, she felt that everyone was looking at her (saying ‘she looks awful, who’s your woman, look at the state of her’ etc etc), she wouldn’t join people at a lunch table in work unless she had been invited, she couldn’t drive the car to anywhere that was not very well known to her, and she certainly wouldn’t go into a crowded place like a pub on her own.

As she had a young son, she was worried that she might have a panic attack when she was with him and wouldn’t be able to look after him, or it might leave him in a vulnerable or upsetting situation.

Jane only developed these panic attacks in her 20s and she couldn’t understand where it came from.

Using EFT tapping, we started by reducing her symptoms and then started the work of getting to the root of where it came from.

Some of Jane’s anxiety stemmed back to her teenage years when she was very young for her age, and her friends were off with boys, drinking and doing what teenagers generally do.

This was the start of her feeling very separate from everyone, so although there were no big dramatic incident, there were a number of incidents like this which chipped away at her confidence, and made her feel very isolated.

For some reason, this was triggered when she was older.

With tapping, we worked to find the specific events and then release the emotion around what happened.

As a result of her working with me, Jane was able to walk into a pub without even thinking about it, was happy to drive in areas that she was not familiar with at all, and was also much less self-conscious.

Her big test was going to a family wedding which we worked on, and she was happy to report that the day went smoothly and she felt no anxiety at all throughout the day.

‘I was feeling extremely anxious, unable to be in the city or anywhere that large crowds gathered. I had irritable bowel symptoms. I wanted to be better able to cope and to enjoy life again.

I have a greater sense of well-being and lightness and considerably less anxiety. My confidence has returned.  I am very, very pleased to be as well as I am now. I had lunch with a friend in a busy city-centre restaurant recently.’

Can EFT help you cope with anxiety?  Book Your Free 15 Minute Clarity Call.

If you are struggling with anxiety and would like to see if the Emotional Freedom Technique can help – book your free 15 minute clarity call with Grainne to see what EFT can do for you. 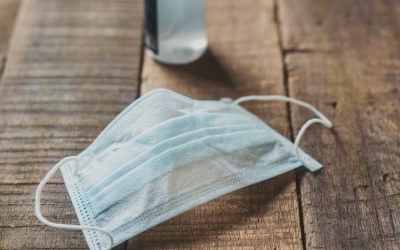 Not Out Of The Covid Woods Yet

Well, what a year 2020 was. Like many of you, I had hoped that with the start of the new year we would have been in a better place in terms of Covid. We are likely to be restricted for the next few months but there is light on the horizon in terms of the vaccine. ...

END_OF_DOCUMENT_TOKEN_TO_BE_REPLACED 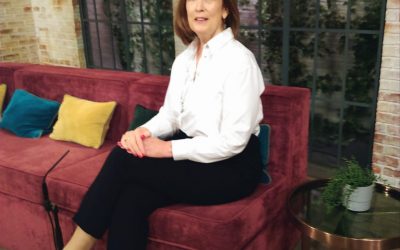 I was invited to speak on Ireland AM, breakfast programme to talk about tapping.  The time flew and I didn’t get to show all of the points, but thoroughly enjoyed it! You can watch it back here: Grainne Speaks About Tapping On Ireland AM

END_OF_DOCUMENT_TOKEN_TO_BE_REPLACED

Comparing Ourself To Others

The Perils Of Comparing Ourselves To Others I have taken it upon myself to go swimming regularly in the sea. Not a big deal for some people but a big enough deal for me as I am a complete wuss when it comes to cold water. Each week for the last number of months, I...

END_OF_DOCUMENT_TOKEN_TO_BE_REPLACED
We use cookies on our website to give you the most relevant experience by remembering your preferences and repeat visits. By clicking “Accept”, you consent to the use of ALL the cookies.
Cookie settingsACCEPT
Manage consent